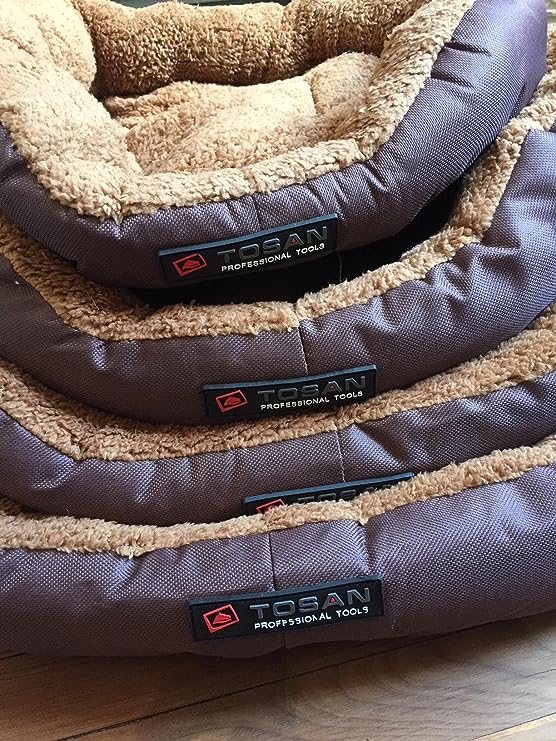 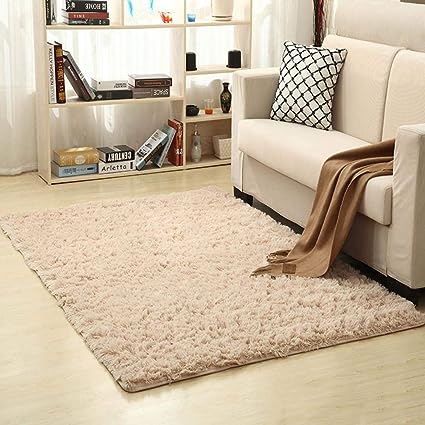 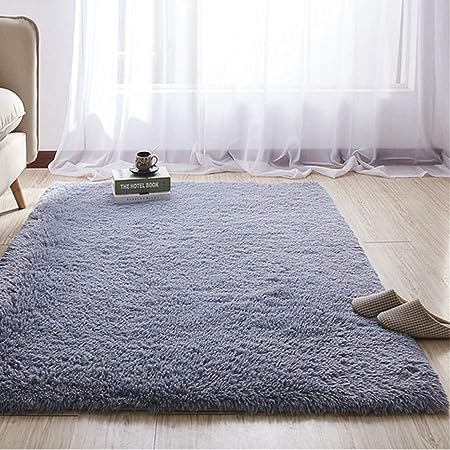 The genesis of education as an integral component of the activities of the Presbyterian Church of East Africa (PCEA) dates back to the arrival of the first Church of Scotland Missionaries in Kenya. The missionaries realized that there was need to create a literate African Christian community who could read the Bible, teach other members of the community and act as interpreters for the missionaries in their endeavors to preach the Gospel.  Formal schools were established as part of the activities of the  mission work, initially at Kibwezi in 1891, and later at Thogoto Mission Centre in September, 1898.

From this early beginnings, there was rapid acceptance of education by the local communities. This necessitated the establishment of more schools by the church  jointly  with  the  respectively  local  communities,  particularly  in  the central  region  of  Kenya.  Between  1914  and  1920,  the  number  of  pupils enrolled  in  the  church-supported  primary schools  rose  from 709  to  2983, approximately   a   three-fold   growth   in   a   six-year   period.   This   growth encouraged the Scottish Missionaries to reach out to the more communities in Tumutumu in Nyeri, Chogoria in Meru as well as around Nairobi and its environs.

During this time, the African pupils were given only four years of primary education, mainly for the purpose of being able to read and write. The Church of Scotland Mission, jointly with the Methodist Church of Kenya (MCK) and the Gospel Mission Society (GMS), recognized that the search for knowledge could not be limited to the basic level of being able to read and write. This recognition led to the formation   of an alliance of protestant church missions for  the  purposes  of  establishment  of  Alliance  High  School  in  1926.  The Church of Scotland Mission provided the land on which Alliance High School was established. In 1948, the church played yet another crucial role in the establishment of the African Girls High Schools, which later became Alliance Girls High School in 1963. These institutions were established in Kikuyu with mutual support of the local community led by their Christian adherents. This initiative  formed  a  basis  of  developing  an  African  elite  of  educators, managers, business entrepreneurs and political leaders.

The Church of Scotland Mission and  later, its successor, the Presbyterian Church of East Africa (PCEA), together with the local communities continued to develop more primary and secondary schools in most parts of the then Central, Eastern and some parts of the Rift Valley Provinces.

Apart  from its involvement  in education, the Presbyterian Church of East Africa  has  continued  to  develop  health  facilities  along-side  the  other missionary activities. In 1908, the first permanent hospital in Central Region of Kenya was established at Thogoto Mission Centre and named the Hunter Memorial Hospital (later renamed Kikuyu Mission Hospital and presently PCEA Kikuyu Hospital. The missionaries started a second hospital at Tumu Tumu in l9l0 in Nyeri District (now Nyeri County), followed later by yet a third hospital at Chogoria in 1922 in the then Meru District (Tharaka-Nithi County). These hospitals have expanded their facilities and services over the years to include the training of enrolled nurses. The quality of health care provided in these hospitals is comparable to that provided by other private hospitals in the country, but at a comparatively lower cost for services.

The significance of Thogoto Mission Centre in the history of education in Kenya under the auspices of the Presbyterian Church of East Africa and its predecessor, the Church of Scotland Mission (CSM), was aptly captured by one of its beneficiaries, the first President of the Republic of Kenya, Mzee Jomo  Kenyatta  who  said  that,  “Thogoto  became  a  centre  not  only  for religion, but also for education.” (in a speech delivered on the occasion of the Inauguration of the Seventieth Anniversary Celebrations of the Presbyter ian Church of East Africa at Thogoto, Kikuyu: Minutes of PCEA General Administration Committee, 1968:67.)

It is this contribution of the early missionaries to the history of education in Kenya  that  the  Presbyterian  Church  of  East  Africa  used  to  establish  a university whose foundations are embedded in the bedrock of Christian faith and values across the East African region.

The need for a Church Sponsored University

The need to establish a university under the sponsorship of the Presbyterian Church of East Africa (PCEA) was proposed, discussed and accepted by the 12th    PCEA General Assembly in April 1988 under resolution 2093. Arising from this resolution, a steering committee was set up and charged with the responsibility of developing a proposal for the establishment of the university. The membership of the Steering Committee was expanded later to include professionals with relevant experience in the development and management of universities as modern and highest centers for learning and social change.

The church, through the Presbyterian Foundation, set aside 100 acres of land at Thogoto Mission Centre for the development of a university. Further, a building committee was established  to  coordinate the  development  of the physical facilities. This committee raised funds from the PCEA congregations region wide and from other well-wishers. The committee undertook the construction of the first administration and teaching block of the University; hence, a theological college was established here in the late 1890’s which was known as “The Presbyterian College”.This was a precursor to the Presbyterian University of East Africa (PUEA) established in 2007 to provide holistic and transformational university education based on Christian values.Thus, given the commendable efforts of the church in education during the early  part  of  the  last  century  and  the  demand  for  high  quality  tertiary education, the Presbyterian Church of East Africa joined in the challenging efforts of advancing the frontiers of knowledge through education in Kenya by establishing a full-fledged university named the “The Presbyterian University  of East  Africa”    located  within  the Thogoto  Mission  Centre, Kikuyu, approximately 20 km from the City of Nairobi on Kikuyu-Thogoto Road. Today, the University can be accessed through the Southern bypass that runs from Kikuyu to the City of Nairobi with easy access to the Jomo Kenyatta International Airport (JKIA).

The University has adequate physical facilities and equipment that support the academic programmes offered. They include the Administration Block; the Edward Danks Library; the Albright Ladies’ hostels; the students’ center; the guest houses; the staff houses; the new buildings which house classrooms, lecture  halls,  laboratories  and  offices  for  the  schools  of  business  and education, and the first  aid room with the support of Korea Presbyterian Church the University  has  new  lecture rooms to  accommodate about  250 students in six lecture halls.

To date, the University has developed innovative and practical academic programmes across a wide range of disciplines. It has established a vibrant learning culture and attracted a large number of students at both undergraduate and graduate levels. The University maintains an ecumenical Christian aura where the application of knowledge and skills is guided by Christian values.

Over time the University has grown by leaps and bounds. In September 2016, the  University  became  one  of  the  recipients  of  Government  Sponsored Students  and  has  a  current  population  of  over    2800  students  including privately sponsored ones and a growing foreign students community.

The Presbyterian University of East Africa (PUEA) offers educational programmes founded on the values of Christian transformational education, research, professional integrity, self-reliance and service to God and humanity. The University is a faith-based institution, serving all with equity and dignity, regardless of ethnicity, creed or culture while safe-guarding human and gender rights.  The University aspires to anchor  its  motto,  “Finding  New Paths” (Jeremiah 6:16), in its values of academic excellence. The University embraces responsible freedom of thought, selfless service, value addition to life, respect for self and others, accountability, self-reliance, discipline, truth, integrity, honesty, justice, tolerance, transparency, and fair play.

The University will continue to build on the four pillars of the Presbyterian Church of East Africa (PCEA) namely:

Pillar 2: –       Education for all through its schools, colleges and the University i.e. PUEA,

Pillar 3: –       Health for all through its hospitals and health centers, and

Under the Education Pillar, the church established the University under the General Assembly Resolution number 2093of  April,  1988.   Since its inception, the University has hired qualified academic staff to teach and carry out research over the years.

The  Presbyterian  University  of  East  Africa  (PUEA)  received  a  Letter  of Interim  Authority  (LIA)  from  the  the  Commission  for  Higher  Education (CHE) now the Commission for University Education (CUE) on 10th  August 2007 and admitted its first students in August 2008. The LIA was extended for another four (4) years with effect from 14th December 2016 to 22nd December 2020.